*cough-cough-cough*
My dad was colorful, charismatic, and expressive
or quiet.
(so, balanced - a creative-type)
On rare occasions, if we seemed to display 'gicky' symptoms,
he would say we had the epizootic.

I once used the word 'epizootic' in conversation
while walking a hallway
with a speech instructor
and several award winning speakers.
The reaction was stunning.

The word, evidently, is no longer in common usage
and causes immediate waves of fear based expression.

Even after calmly explaining the word and proper usage.
golly.
SO, I WON'T use the word, even though i like it.
I'll simply explain, while attending to the everyday
there has been plenty of facial sloppiness and coughing going on all around.

That being said.
I spent part of the week watching: 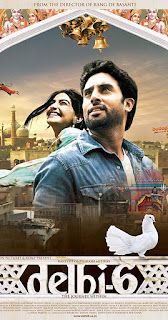 delhi-6
which is a foreign feature film
questioning life in ways I can understand
I'm almost finished
and
have enjoyed it
(mostly)
I know, I know some of you do not read films.
I sure am grateful for your company in the world.
AND
I hope you are Super Duper Healthy.
love & love,
-g-

ps - I don't know WHY there is a type change in the center of the post.
I tried to correct - but, it didn't feel like rearranging itself.
might be my choice of words.
giggle
Posted by Maggid at 8:49 AM

...I must say that 'epizootic' had never hit my radar screen until today. Thanks for teaching me a new one, but I'll no doubt forget it in a few minutes. Stay healthy!

I vote for you going right on ahead saying the word. There's always someone who would be interested in learning something new. :-)

I think it's fun to learn new words that that was a new one to me.