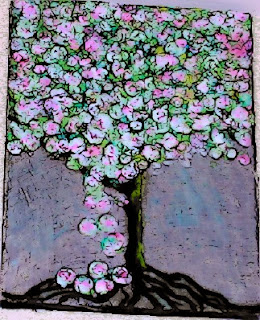 learning to paint
not good at it
but
it's fun
Posted by Maggid at 12:15 PM 7 comments: 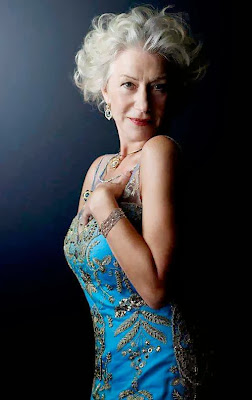 You can't control how other people see you or think of you.
But you have to be comfortable with that.
~ Helen Mirren

Travel - going to a different place - instead of staying where we were . . . (just sayin') 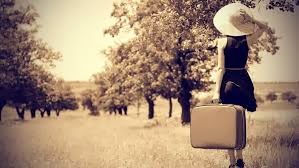 I think this is a soul adventure
BUT
Isn't Everything?

If this turns out to carry me the places i have not, yet been
That would be good, too.

I am studying Leonardo
to remember mySelf
to Practice Being
and to
Apply His ideas to Life
For now,
Traveling with Leonardo is part of my "inner map."
Because
He was cool.

He was said to be graceful
good looking
and talented
in ways i would understand.
He was a storyteller (who knew?)
humorist
conjurer
and
musician

It's fine to keep company with the idea of him today
If we walked the earth at the same time, we would have been chums

Since we did not know one another simo-time
I'll think of  him as  "Master Teacher"
and walk behind, trying to locate similar Wonder in me.

Labels: Traveling w/Leonardo
If you treat people right, they will treat you right...ninety percent of the time.-- Franklin D. Roosevelt

Think it's true?  Either way, the belief makes for a better life - so, I'm claiming it.

I left "work" yesterday
feeling like a winner.
"My" students have completely rallied.
They are awake and aware
and even managed a team project
with Great results.

Posted by Maggid at 8:04 AM No comments: 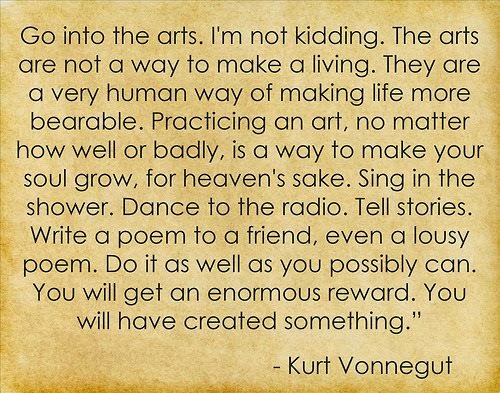 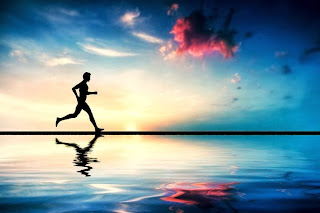 No matter what it is we are seeking in life,
self-esteem is essential to success of any kind. Before you can achieve something,
you need to believe in yourself and your ability to make it happen.

I am traveling along with Leonardo - I'm told most ideas I come across will become part of the quest to be more of what I am . . .

You are invited - to become yourSelf, too.

I found a quote from poetry by Sir Stephen Spender - here's my version:
lips touched with fire,  tell of the spirit clothed head to foot in song . . .

This sounds a little like me - so, I'm going to embrace these ideas -

"People of peace, men and women of desire, such is the splendor of the Temple in which you will one day have the right to take your place. Such privilege should astonish you less, however, than your ability to commence building it down here, your ability, in fact, to adorn it at every moment of your existence. Remember the saying 'as above, so below', and contribute to this by making 'as below, so above'."
--Louis-Claude de Saint Martin
Posted by Maggid at 9:17 AM No comments:

“Come, come, whoever you are.
Wanderer, worshiper, lover of leaving.
It doesn't matter.
Ours is not a caravan of despair.
Come, even if you have broken your vows a thousand times.
Come, yet again , come , come.”

Moving forward when you feel that all is hopeless,
this is what breaks through negativity
changing you forever.

It is useless to discuss the peace of the world.
What is necessary just now is to create peace in ourselves
that we,
ourselves,
become examples of love, harmony and peace.
That is the only way of saving the world and ourselves. 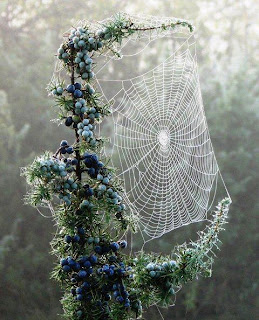 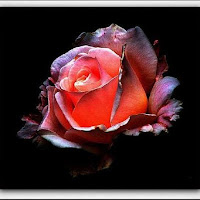 When I am reaching for more
Reaching to become
or understand
or do
More
(which is a GOOD Thing)
the pain i encounter
(or feel)
Is Also Good
(golly, sometimes i feel s-l-o-w)
Celebrating the Stretching
sending you
love & love,
-g-
Posted by Maggid at 8:08 AM 1 comment: 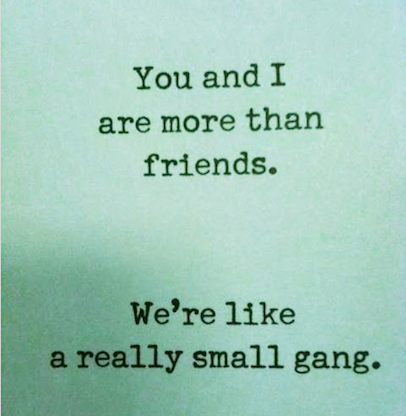 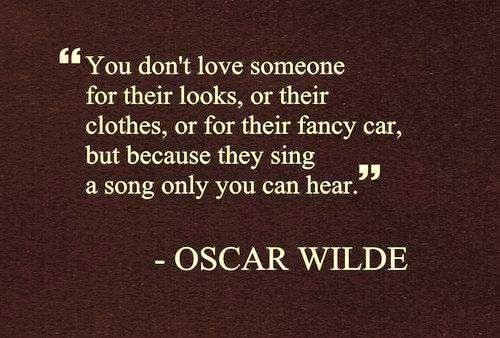 Giving up on your goal because of one set back
is like slashing your other three tires because one got a flat. There are going to be difficult moments along the way
because nothing worth having in life is easy.Embrace the challenges, and don’t give up!
sometimes yehuda just knows the perfect thing to say . . .
now, where was I???
Picking up - Starting Over
Not
Easy-peasy
But
Worth Doing
love & love,
-g-
Posted by Maggid at 4:46 PM 4 comments:

When it comes to loving someone, our actions speak so much louder than our words ever could. It’s not enough to tell someone we love them. We have to find ways of showing it every day.

If we believe in justice
It is a double course justice
If we believe compassion
There is no stranger
Or we are all strangers
Not just then
But always
If we believe in good
Then there is good
And only good
If we choose life
We take each day
With the intention of joy
You are endlessly forgiving
Compassionate
When will you abandon us?
Never.

You never know what someone might be going through. People usually suffer in silence.


That is why it is so important to be compassionate towards everyone you meet. 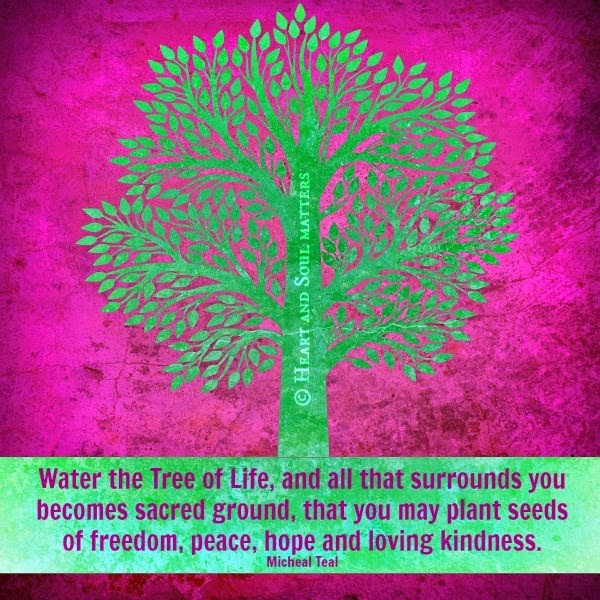 Trust yourself.
When you genuinely feel in your heart and soul that something is right or wrong,
it usually is.
Follow your heart, no matter what others tell you.
--y.b.
Posted by Maggid at 5:12 PM 2 comments:

My Pops - of Blessed Memory 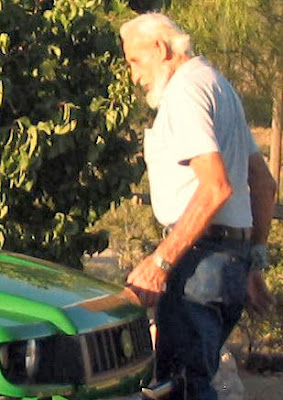 Posted by Maggid at 8:39 PM No comments:

It was a quirky family of artists.  Performing Artists, the colorful kind of folk.  They lived a bit like 20th Century Gypsies, one motel after another, six weeks here, six weeks there, making very few outside friends, carrying their talent and accompanying secrets with them - everywhere they went.

My brother had the full taste of this life, while i was passed from family to family over the years.  I got to visit them on occasion.  Fall was an interesting time, it's a season full of magical inspiration.

Halloween was approaching and our mother was filled with ideas.  She finally decided my brother should be a robot.  She gathered boxes, Tape, markers, fuses (for eyes), springs, wires, anything that fit the idea of her creation.  She worked in secret for days and on Halloween evening  presented my brother with the robot costume and a trick or treat bag.

There were no breathing holes, no eye holes and, my brother was to tall for her creation.  She had a quick remedy for the size issue, she merely taped more cardboard around the legs, once he was inside.  The next problem came when he moved.  With every movement tape popped and boxes came undone.

Our mother started to shriek about how ungrateful her children were, destroying her hard work.

She never understood he could not see, or breath, or move.  She explained (as if we were simple-minded) that i was there, so i could guide my brother around from house to house.

We escaped the motel, my brother popping apart with every move, scared out of his wits.  Finally we found our way around the back of the building and hid in a janitorial closet.  We stayed there until  it was safe to return to the room and get some sleep. 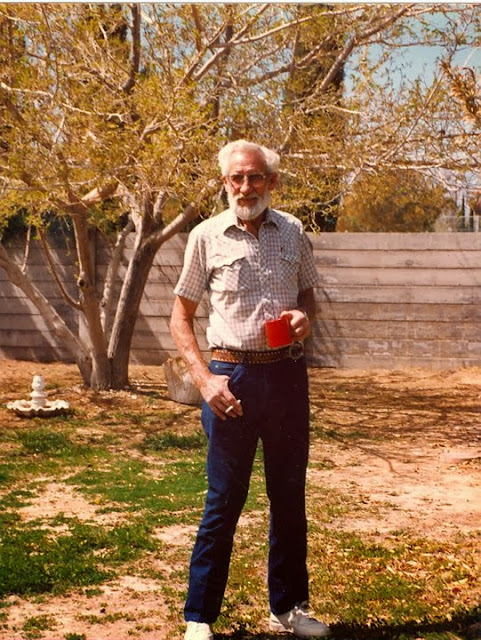 William Robert Sams
His memory guides me every day
gives me Hope, Strength and Courage
love & love,
-g-
Posted by Maggid at 7:42 AM 1 comment: 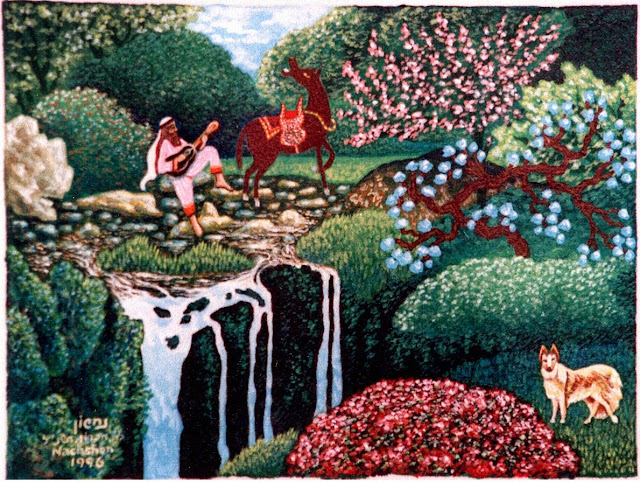 Nachshon Art
Posted by Maggid at 6:32 AM 3 comments:

Sometimes— Hermann HesseSometimes, when a bird cries out,Or the wind sweeps through a tree,
Or a dog howls in a far off farm,
I hold still and listen a long time.

My soul turns and goes back to the place
Where, a thousand forgotten years ago,
The bird and the blowing wind
Were like me, and were my brothers.

My soul turns into a tree,
And an animal, and a cloud bank.
Then changed and odd it comes home
And asks me questions. What should I reply?
Posted by Maggid at 12:46 PM No comments: 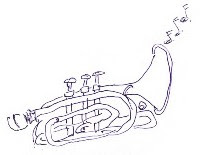