There is a story about a coup d’état that took place in a small kingdom. When the soldiers came looking for the king to kill him, he fled into the city and hid in a tailor shop. Immediately recognizing his important guest, the tailor, without so much as a question, shoved him under a large pile of clothing.

Shortly thereafter, soldiers stormed into the shop, swords in hand, shouting, “We know the king is hiding here!” Stabbing the pile of clothes repeatedly, they missed the king by mere inches. Finding nothing, the soldiers stalked out and into the next shop.

When the king emerged from under the clothes, he said to the kind old tailor, “Thank you. You saved my life. For this, I would like to grant you three wishes.” Surprised and excited, the humble tailor thought for a moment and asked, “First off, when your power is restored, I would like you to declare a National Tailors Day. Secondly, all tailors in the kingdom should be paid double. And thirdly…” he paused for a moment before saying, “I must say I am curious. I want to know something: How did you, the king, feel when these people were trying to kill you?”

“Done,” declared the king, and with that, he left the tailor’s shop.

The coup failed, and the king was returned to his throne. As his first order of business, he announced a National Tailors Day, also proclaiming that all tailors in the kingdom should be paid double. Then he ordered that the tailor be arrested and brought to the gallows. Terrified and bewildered, the tailor couldn’t imagine how and why he was being treated so badly. The noose was placed around the tailor’s neck, but just before the lever was pulled, the king intervened and shouted, “Release him!” The tailor turned to the king, still shaking with fear. When their eyes met, the king said quietly: “Now your third wish has been granted also. You now know what it feels like!”

The point of this story is that we may think we might know what others are going through, but until we walk in their shoes, we really don’t. This is why, when we are faced with a difficult person, it is wise to be compassionate and accepting.

Let’s face it. We all judge. We take a look at people and we judge them—by the way they dress, the way they walk, the way they speak. The problem is that sometimes we get so full of judgment that we leave no place for love. We get so full of ourselves—who we think we are, what we believe we are entitled to—that there is no space for others and there is no space for the Light.
This week, let’s remember that real spiritual growth happens when we grow our empathy, our ability to feel another’s pain. How? By opening up our hearts to care, rather than our minds to judge. After all, there is so much good in the worst of us and so much bad in the best of us that it ill behooves any of us to find fault with others.

Posted by Maggid at 8:06 PM No comments:


Music is the wine that fills the cup of silence.
-- Robert Fripp
Posted by Maggid at 7:25 AM No comments:

First keep the peace within yourself,
then you can also bring peace to others.
-- Thomas a Kempis, 1420 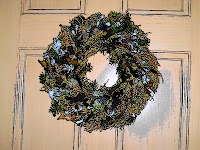 Ya know?  It works!  AND - okay, okay - I believe all of you have mastered this.  Me?  I'm still in baby steps towards keeping peace within . . . BUT - I've discovered it's more than okay to EXPECT Assistance from the HOLY . . It ALWAYS Works . . . is ALWAYS on time . . (even when I'm looking calm and shaking in my boots for the answer . . right at the perfect moment - the exact perfect answer/solution is provided . . always in a unique manner.)

Okay, this quote applies - BUT - I admit "TRY" is still the operative here.

Then, I'll tell you - Everything i witness these days -
Totally worth the journey - The most challenging AND most rewarding opportunity I've ever experienced.  SO - I'm grateful . . (even though i often look back . . even now, when the past is no longer an option)  Perhaps my thinking will catch up soon . . . Either Way - No Turning Back.

I want to thank you all for keeping me company on this journey -
You are important to me
You Bless me.

I merely took the energy it takes to pout and wrote some blues.
-- Duke Ellington

Posted by Maggid at 6:58 AM No comments:

I've always thought that a big laugh is a really loud noise from the soul saying,
"Ain't that the truth."
-- Quincy Jones,
Victory of the Spirit
Posted by Maggid at 6:12 AM No comments:

"Amazing is Quite Often" A MacEnulty Moment

Music is the wine that fills the cup of silence.
-- Robert Fripp

Sunday Evening I got to attend a special event at Church of the Open Word.

John MacEnulty read some of his original poetry, played his wooden flutes and gave us Ambrosia Cookies . . . ah, it was a beautiful retreat from "the world."  A restorative space - honest, Heaven Expressed.  AND - John MacEnulty was facing our direction, and could not see outside the picture window (it's a Swedenborg Church) - there was a tiny white mouse climbing across a branch.  I bet the little creature wanted to get as close as possible to the Peace Emanating from the gathering . . . it was the kind of gift the Holy sends, when our hearts are open.


(a word about the architecture of Church of the Open Word: A transparent glass repository creates an altar that is open to the sky and garden, as a reminder that all worship looks beyond itself.  The great roof beams and pillars direct your attention upward, towards something greater than yourself. Natural stone floors provide the foundation from which the Word is read, the sermon is preached, and prayer is led.)

Another Awesome Gift from Our Friend, Stone Goodman

He came into the cloud
went up the mountain
he was up on the mountain
forty days and forty nights.
He ascended
wearing the garment of colors
draped over his shoulders by the rainbow,
like a cloak –
he saw what he saw
he enjoyed it
All of it
up to that place.
What place.
Where language meets its
limit
beyond which the most that can be said
about something
is nothing.
jsg, usa
Small alef; poetry
Maqam Saba
Posted by Maggid at 7:35 AM 2 comments:

Today is my Pops Birthday. 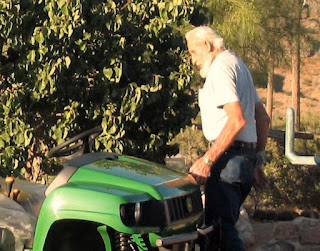 I am carrying his/our bible
and sharing from it 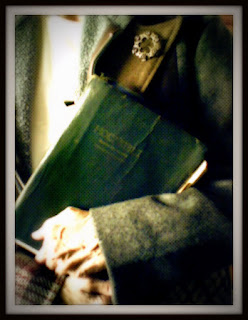 AND
I am hanging the Sacred Wreath
I ordered 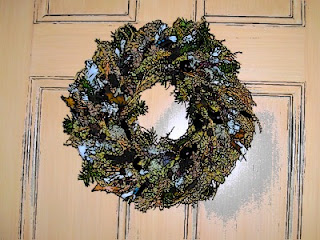 He is with me
Every Step of The Way. 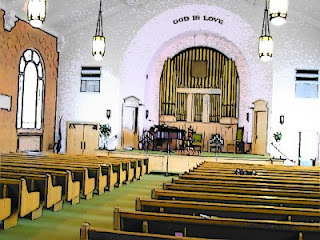 "All appears to change when we change."

"The great artist is the simplifier."

"Will localizes us, thought universalizes us."


Give yourself time to meditate
and find a place of refuge within yourself.
This is how you can taste the truth of the teaching,
your true happiness
does not come from outside of you.

Posted by Maggid at 6:28 AM No comments: 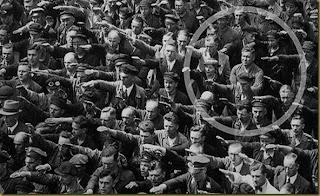 Scott Sonnon
Tuesday
Ordinary people. The courage to say no.

Photo: Hamburg, 1936; during the celebration for the launch of a ship. In the crowd, one person refused to raise his arm to give the Nazi salute. The man was August Landmesser. He had already been in trouble with the authorities, sentenced to two years hard labor for marrying a Jewish woman.

We know little else about August Landmesser, except that he had two children. By pure chance, one of his children recognized her father in this photo when it was published in a German newspaper in 1991. How proud she must have been in that moment.

We all have the ability to be courageous. We simply have to make the hard choice, and decide to strongly misbehave if our values and principles compel us to do so.

If you face a situation where the beliefs of others pressure you to compromise your own, be courageous. Even at our most ordinary, courage is our omnipotence.
Posted by Maggid at 9:48 PM No comments:

They can conquer who believe they can.
-- Virgil

Posted by Maggid at 6:27 AM No comments:


Be faithful to that which exists nowhere but in yourself -
and thus make yourself indispensable.
-- Andre Gide

Posted by Maggid at 6:25 PM No comments: 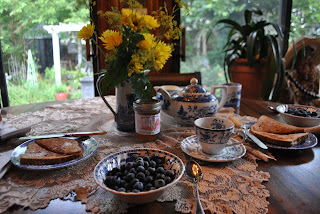 Not here, but doesn't this look lovely?

Something like this might looked nice draped over the back of the chair
maybe ready to cover up with while reading . . ?

This says it's somewhere in Hendersonville
(is that Tennessee? I used to visit there a lot)
yes, yes - I'd like another chair
like this

Okay, my life is comfy
I just miss a few things

A house that does not have one worn, comfy chair in it is soulless.
-- May Sarton

So long as we live among men,
let us cherish humanity.
-- Andre Gide

Posted by Maggid at 8:10 AM No comments: