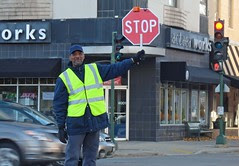 Image by .michael.newman. via Flic

Most of you know I'm a Metro-Rider.
(I ride public transit.
Okay, okay I admit I'm trying to decide if I want a car again -
or i want to move closer in to all the things i do -
BUT, that's a story - and a decision -- for another time.)

Thing is, i walk to the bus stop.
This time of year, in the mornings.
I see the school crossing guard.
He was told to stand on the South East Corner this year.
For years he was expected to stand on the South West Corner of the intersection
because that's where most of the children are, needing to cross the busy street
to get safely to school.

Now, he walks out into the street for me
alerting traffic to stop . . .

Of course,
this crossing guard serves less children
because they come from the other direction on their way to the school
which is a few blocks further down the street.

The Guard was told to stand on this
new & improved side
Because he was stopping
("inconveniencing" - my word - not his)
drivers.

The drivers felt it was unfair because they ALSO had to stop with the light
in front of the school.

Anyone - Besides me -
think this is bonkers?

The drivers believe their unbroken speed  is more important than the little bodies walking their way to elementary school?

Holy One, you certainly didn't choose an easy-peasy path for me.
You've always made sure it turns out okay.  Have no idea how You got us this far.
Your Ideas are huge, bigger than any of us could manage, somehow
You pull it off, You let us help,
it's always great.


Assume the responsibility for your fulfillment –
or surrender to uncertainty and permit it to run your life,
and create havoc at its whim.
--Yehuda Berg


I'm working on several things this week,
as i suspect you are -

Lately my role has expanded to include working regularly (closely) with a few other people.  This is great fun for me.  i am a "team player" by nature, as many musicians are - there's a BUT in here, though.  There are times we all get to communicate with extra clarity, instead of the "right brain ramble" I'd fallen into as a "solo artist."  There's one other point I've discovered . . so far . . . when part of the team has an issue and becomes passionate (angry,) it causes me to look carefully at myself.  If the passion seems materially directed and - maybe even insistent in it's stance - I look to see where, in me, this is mirrored.

Perhaps, finding this "heat' in myself, i can self-correct -
assisting the particular issue
to "lift"
maybe like fog in the morning
to find the Light Inside -
that allows us all to "win."


All This said, I have taken on a new adventure -
added even more study to my life
(ya think I'll ever know enough?
maybe not,
maybe I'm a slow learner . . hm?)

I am grateful for your company.

Posted by Maggid at 7:27 AM No comments:

Stepping into something new

If your head is wax, don't walk in the sun.
-- Benjamin Franklin

Posted by Maggid at 8:25 AM No comments:

Need Nothing.
Want Everything.
And choose what comes your way.

Posted by Maggid at 8:26 AM No comments:

“We must know that we are such excellent and exalted creatures
that there is no limit to our importance,
befitting the Artisan who made us.”
-Rav Berg, 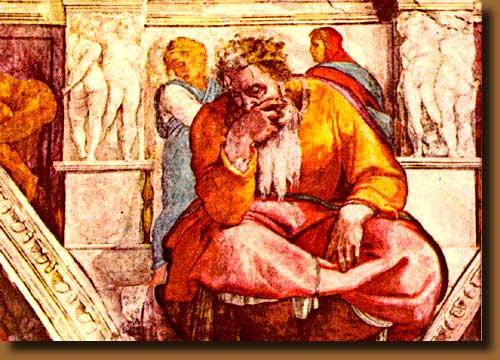 Posted by Maggid at 8:16 AM No comments:

another from Yehuda Berg:

You cannot obtain one without the other. 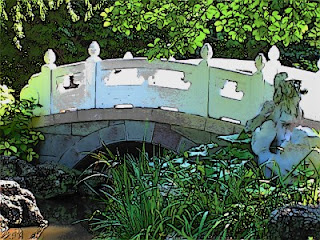 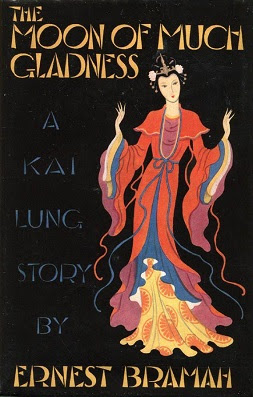 Give not over thy soul to sorrow; and afflict not thyself in thy own counsel. Gladness of heart is the life of man and the joyfulness of man is length of days.
-- Ecclesiastes

Posted by Maggid at 6:50 AM No comments:

It's not that some people have willpower and some don't.
It's that some people are ready to change and others are not.
-- James Gordon, M.D.
Stepping into the future
with lots of curiosity
joy
and
readiness
change is upon us
again
in the most marvelous way.
love & love
from your
21st Century Maggid
-g-
Posted by Maggid at 6:49 AM No comments:

"Before investigating, find no fault;
examine first, then criticize.
Before hearing, answer not,
and interrupt no one in the middle of his speech.
Dispute not about what is not your concern;
in the strife of the arrogant take no part..."
- Sirach 11:7-9 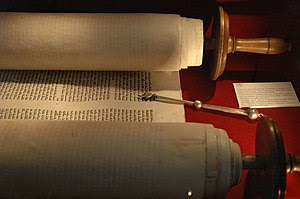 Wednesday was busy.
Tiny Tot Story Time
Torah Stories
(I'll have to retrieve some photos and tell you about the new class - they are delightful.)
and a class on Moses

then a friend gave me a ride
so I'd be on time
to observe
a class
that was
unbelievably
bizarre
Was it a joke?
I kept thinking "stay cool"
until I have some kind of understanding.

How the heck
does one tactfully
converse
in these
(less than stellar)
circumstances?

Intimacy is being seen and known as the person you truly are.
-- Amy Bloom 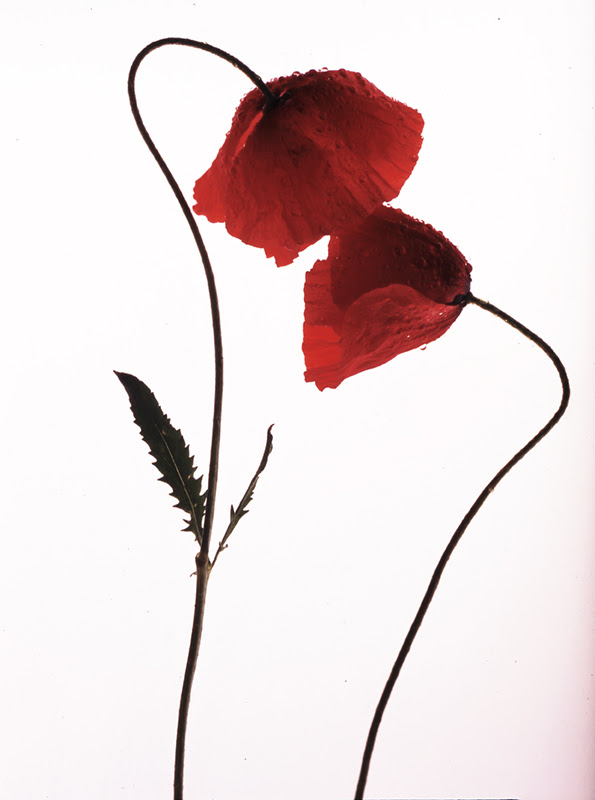 Posted by Maggid at 4:09 PM No comments:

"It is a fine thing
to establish one's own religion in one's heart,
not to be dependent on tradition
and second-hand ideals.
Life will seem to you,
later,
not a lesser,
but a greater thing."
-- D. H. Lawrence 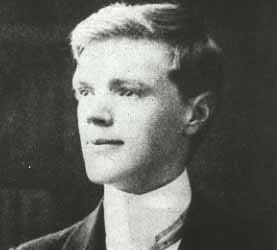 Image via Wikipedia
Posted by Maggid at 9:30 AM 1 comment:

There will be a time when loud-mouthed, incompetent people seem to be getting the best of you. When that happens, you only have to be patient and wait for them to self destruct. It never fails.
-- Richard Rybolt 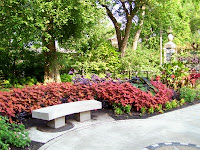 Everyone who comes into this world
must choose a “silent partner”—
the dark force of ‘me only’
or the light force of ‘you + me = we.’ 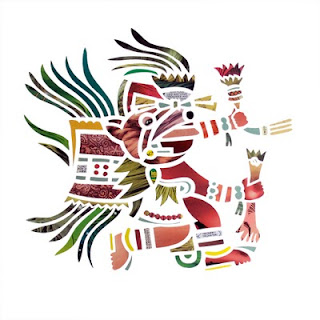 I'm thinking about this quote
pulling together a talk
about
"Trickster Tales." 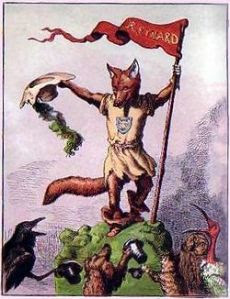 Posted by Maggid at 7:50 AM No comments:


Quit now, you'll never make it.
If you disregard this advice,
you'll be halfway there.
-- David Zucker 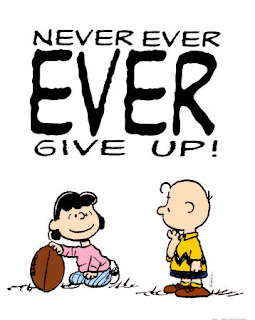 
Worries go down better with soup than without.
-- Jewish Proverb

Image by Getty Images via @daylife

I shall hear and I shall do.

Posted by Maggid at 7:33 AM No comments: 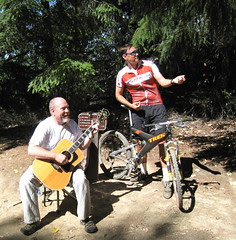 We cannot deny the facts of nature,
but we should certainly try to improve on them.
-- Mihaly Csikszentmihalyi

Posted by Maggid at 9:38 AM No comments:


Oh my fur and whiskers
the number is so big
and growing
faster than i could keep track . . .
May 5 minutes ago it was: 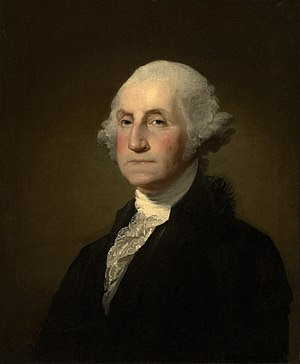 Be courteous to all,
but intimate with few,
and let those few be well tried
before you give them your confidence.
True friendship is a plant of slow growth,
and must undergo and withstand the shocks of adversity
before it is entitled to the appellation.
-- George Washington 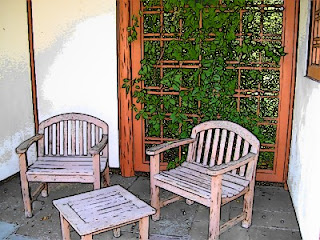 You must have a room,
or a certain hour or so a day,
where you don't know what was in the newspapers that morning...
a place where you can simply experience and bring forth what you are and what you might be.
-- Joseph Campbell

Posted by Maggid at 9:35 AM No comments:

Creativity is...
seeing something that doesn't exist already.
You need to find out
how you can bring it into being
and that way be a playmate with God.
-- Michele Shea 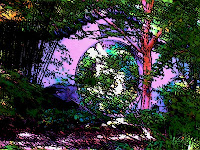 Posted by Maggid at 9:28 AM No comments:

To love is to receive a glimpse of heaven.
-- Karen Sunde
Posted by Maggid at 11:44 AM No comments: 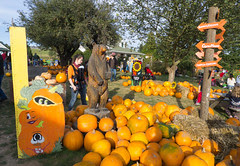 Image by dolanh via Flickr
It's choice - not chance - that determines your destiny.
-- Jean Nidetch

Posted by Maggid at 9:24 AM No comments:

He who is not very strong in memory should not meddle with lying.
-- Michel de Montaigne 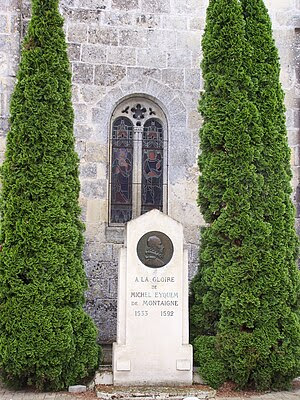 Posted by Maggid at 8:12 AM No comments:

“There is a crack in everything. That’s how the light gets in.”
~ Leonard Cohen

Posted by Maggid at 8:51 AM No comments: