Use your enemy's hand to catch a snake.
-- Persian Proverb

Posted by Maggid at 8:03 AM No comments:

Don't compromise yourself.
You are all you've got.
There is no yesterday, no tomorrow,
it's all the same .... day.
-- Janis Joplin

Love is the big booming beat
which covers up the noise of hate.
-- Margaret Cho
Posted by Maggid at 6:29 AM No comments:

To find a fault is easy; to do better may be difficult.
-- Plutarch

I was feeling just a little swamped . . .

Like the kids say,
"It's All Good"
But,
This morning
NO
Yesterday Afternoon
I felt
a little overwhelmed
So
I got up early, rode the bus to
The Garden
and was at the counter
waiting for it to open.
Now, I am refreshed
love & love,
-g-
Posted by Maggid at 4:47 PM No comments: 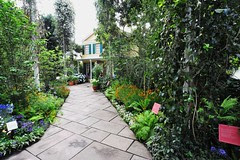 My "Nows"
have become the best adventure
of all.

Find MySelf
Amazed
and
Totally
Grateful

"I have known and worked with Rabbi Susan Talve and it is such a joy to be in her presence at any time but in the congregational setting it was even more so," he said. "I just wish every congregation, including those I have served as a pastor and as a member, had the sense of prophetic vitality that Central Reform does."

And if Missouri Interfaith IMPACT, the statewide organization that Bennett was representing last Friday evening, has anything to say about it, every congregation will hear of that prophetic vitality. Bennett was there to present congregants with the Amos 5:24 Justice Advocate Award honoring the house of worship for its commitment to social justice.

"We wanted to begin to say thank you for that kind of commitment, that kind of work because we just don't see as much of it taking place within the state," said Rev. Allen Ladage, chair of IMPACT. "It was time to lift up those who are doing these things in order to support them and help people know there are others doing this kind of work also."

But the award isn't just a first for CRC. It's also a first for the organization giving it. Though IMPACT was founded in 1980, this is the inaugural year for the honor.

Jennifer Bersdale, director of advocacy and communications for the synagogue, said the award really recognized the totality of CRC's work in a number of areas, not for any single specific program.

"It's really for our overall tikkun olam programming," she said. "It's based on work we've done on a variety of issues but the top criteria are that the recipients must address the root causes of poverty, racism, sexism and other forms of injustice. Addressing the root causes of those issues is really what a lot of our advocacy is about."

The other criteria for the honor include challenging and seeking to change unjust societal structures and promoting transformative and sustainable change.

Ladage said the award is meant to recognize congregations that lend a more progressive voice to religious dialogue and he was personally impressed by the work CRC did on health care issues.

"It's a great time and a great day for all congregations to work together to find different concerns that they can begin to respond to, not just on the mercy side of fixing the problems of one person but moving on to the justice side and looking at what the causes of injustice are and then responding to say no," he said.

Bersdale said that the criteria spoke strongly to the ethos that drives the congregation's efforts.

"We recognize that programs where you are directly helping individuals are important but you also have to pair them with trying to change the system so that individuals aren't hungry so that they need food drives," she said.

CRC Rabbi Susan Talve had high praise for the two presenters and said the award challenges her temple to strive even more diligently to maintain its mission.

"It's a high bar and it's a wonderful organization," she said of IMPACT. "That they would consider us for their first award means we have to take it seriously. It's a challenge to make sure we deserve it by continuing to work hard on justice issues in the state."

Talve said it was especially moving that the award wasn't merely local but reflected a wider swath of the region.

"Sometimes we wonder as Jews if we are really making an impact statewide because while there are Jews in St. Louis and Kansas City and a few [outstate], you don't think as much about the community making an impact in rural areas across the state," she said.

Bersdale said CRC was happy to host the pair, who traveled from Jefferson City to make the official announcement. The temple has known about its selection for about a month, she said.

"They really wanted to come at a time where they could share it with the whole congregation," she said.

Bennett said the experience meant a great deal to him.

"It was a joy for me personally to worship at Central Reform Congregation," he said. "I said before my remarks that I was humbled to be in the presence of brothers and sisters and Abraham and Sarah. It was a special interfaith moment for me."

Talve said the nature of the award recognized the power of collective action.

"What's wonderful about this award is that it is for the entire congregation. That really is honoring the whole community, not any one of us but all of us," she said. "It reminds us that we can do so much more as a community. We can really make a difference when we all live our core values together."

In the line at the store, the cashier told an older woman that she should bring her own grocery bags because plastic bags weren't good for the environment.

The woman apologized to him and explained, "We didn't have the green thing back in my day."
The clerk responded, "That's our problem today.  Your generation did not care enough to save our environment."
He was right -- our generation didn't have the green thing in its day.
Back then, we returned milk bottles, soda bottles and beer bottles to the store. The store sent them back to the plant to be washed and sterilized and refilled, so it could use the same bottles over and over.  So they really were recycled.

It's the 9th of Av
AND
I think my heart will break.

My neighbor is washing her white plastic fence.
Using her hose
water flows freely
making a little stream
the birds enjoy.
This is lovely,
BUT
I am hearing stories
of families
walking 25 days,
40 days,
3 months
looking for help
the famine is so severe
they have nothing
and will surely die if they don't walk.

As they walk
their children drop and die along the way
there is not enough strength to carry
or bury their beautiful
children
They continue walking,
with a hope to find help enough to save children
still breathing.

They have nothing,
I see plenty here
but
can't manage even a cup
of refreshment
for those
still walking 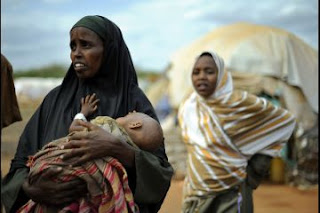 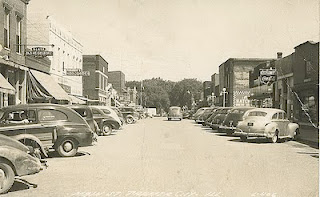 i was totally stunned
when, many years ago
I visited Salt River Cemetery
(Farmer City, Illinois)
to see  resting places of family members past

AND
Although I have seen film footage
of the wonderful man
the films showed a pudgy,
fun loving, lively man
fishing and playing pranks in younger days
in Farmer City, Illinois

I was not building a dream world using
archival, family footage

BUT, before he left
before i arrived
we spent quality time together
in Encino, California
in a formal house my parents owned for a while

How about you?
Have a remembrance built out of LOVE?

In researching, to see if i could find something for you,
I see "Maple Grove Cemetery."
I wonder what's up with this
I remember "Salt Creek" distinctly -
but, it doesn't seem to exist . . . (having a twilight zone moment . . . yikers!) 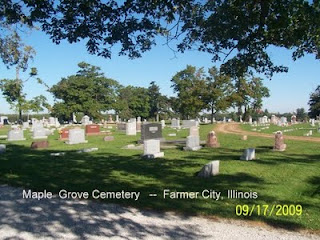 What I am actually saying is that we need to be willing to let our intuition guide us,
and then be willing
to follow that guidance
directly and fearlessly.
-- Shakti Gawain 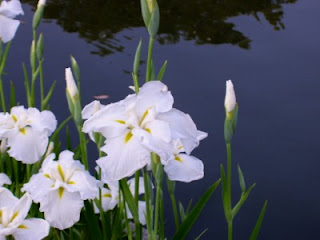