I shut my eyes in order to see.
-- Paul Gauguin

Posted by Maggid at 2:07 PM No comments:

“This is the true joy in life,
to be used for a purpose
recognized by yourself as a mighty one,
to be thoroughly worn out
before you are thrown on the scrap heap.
To be a force of nature
instead of a feverish little clod of ailments and grievances
complaining that the world will not devote itself to making you happy.
I am a member of a community
and as a member it is my privilege
to do for it whatever I can before I die.
Life is no brief candle to me.
It is a sort of splendid torch
that I want to make burn as brightly as possible
before handing it on to future generations.”
George Bernard Shaw
Posted by Maggid at 10:47 PM 1 comment:

Checking on the status of "The Box" - we learn that the cargo of whiskey has been unloaded in Shanghai. There is concern about fuel costs in the shipping industry - (but, we could have guessed that, right?) "The Box" is scheduled to hang around the Shanghai area for a little while - then it will take a load of something (so far undisclosed) to the United States.
Cool.

I'm wondering if I should start another blog about the maggidic journey - my double mindedness about the idea is - (if you remember) - I erased the other blog i had - choosing to share on this one site. What do you think? My friend and study partner will receive s'mich (ordination) in January - which is happy making - but has me thinking about the future.

For today I'll just add "(future) Maggid" to the title bar - and get busy with my writing assignment. i wonder if I can finish the project before the end of May????
The answer, of course, would be "NO" - not if I don't set pen to paper in a more disciplined fashion.

Go confidently in the direction of your dreams!
Live the life you've imagined. As you simplify your life,
the laws of the universe will be simpler.

Posted by Maggid at 7:26 AM No comments: 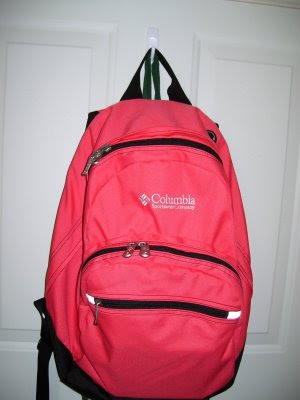 I ride metro bus - metro link and, on occasion the call-a-ride bus. That and walking is how i get around. Now that I've shared that with you, you won't be one bit surprised that I often have a day pack with me. The one above is my "everyday pack." I've been using it a couple of years now. It's still in good shape, so you might see me with it a couple more years. I like it. I DO miss the mountain pack i arrived here with, along with my mountain boots, work shirts and jeans but, that was in 1982 and all that has long since evaporated into time.

I ride the train with lots of interesting and super bright people.
Many of them came from China.
They ask questions, I am always amazed that they speak English so well.
Many of them have really important, life saving jobs.
They like my company because I'm different and because I share.
Sometimes we look at my Hebrew Textbook.
I say it's a brilliant game - they say it's too hard.
I say Chinese seems "too hard"
since they already speak it, they must be the brightest beings on earth.
They laugh at me a lot. 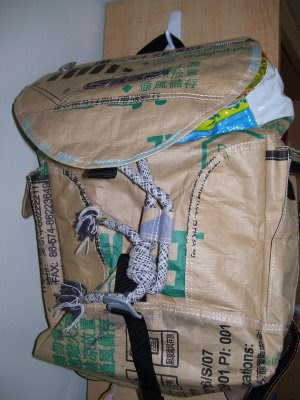 It's made of re-cycled materials.
I suppose it doesn't look like much in a photo
but, it's really lots of fun.

Below is a photo of it, with the top flap folded up so you can see a little of the color. 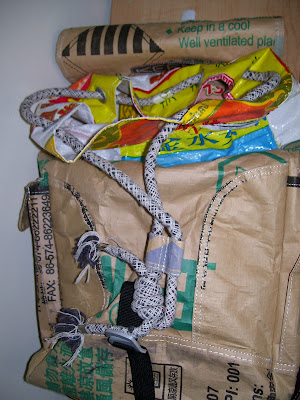 There's a lot of Chinese and also some Thai (and English) all over this pack.
Today my friends noticed. It made them giddy with pleasure.
They never considered re-cycled material re-used in a way
that let you see what it had been before.

They read the Chinese out loud and told me what it said.
They explained where the places were - there were people on the bus
who have family members living in the places mentioned on the pack.
They wondered where in the world a person could get a pack that looked like throw-away items.

I suspect they also wondered how they could know a lady who would treasure such a silly thing.

It was a Joy-Filled Ride, that's for sure. 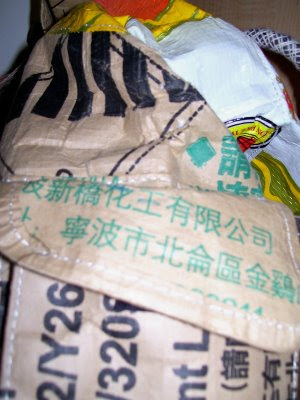 When i got to work and started pulling out frosted animal cookies,
I turned into the "Story Lady"
A person in high regard by children five and under.
To them, it isn't the pack, but the lady

to them it's the cookies, the songs, the dances and the stories

I hope, somewhere in their memories, when they long have outgrown me
They will be people who love the world, delight in it's resources
Find simple joy in thrift - global sharing -
and can laugh with people of all languages -

Yep - reading to and for one another
in every language
colored by love.
Posted by Maggid at 12:32 PM 1 comment:

Six billion people on this planet - and only one you.

One's destination is never a place but rather a new way of looking at things.
- - Henry Miller

Posted by Maggid at 9:18 AM No comments:

I Cannot Do It Alone

What is a friend? A single soul dwelling in two bodies.

Nothing great was ever achieved without enthusiasm. 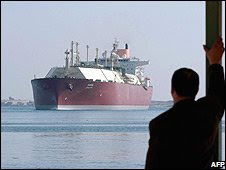 The Box passed through the Suez Canal October 2nd - it's headed towards Thailand . .
not fast like the internet.


In Illinois they have "early bird" voting.
The polls opened this morning.
I'm in Missouri.
We don't have the practice of early voting
because we are concerned about fraud.

Does your state have some kind of early voting opportunity?
I think more than half of the nation does.

It's really cloudy here - we're expecting a storm.
I'm debating catching the bus and going into town.
I wonder if I'll get there without getting soaked.

Posted by Maggid at 8:34 AM No comments: 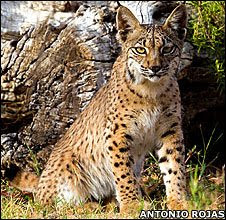 That we are losing things far more dear than a dollar.
Here's a photo of an Iberian Lynx.
It doesn't have anywhere to live any longer.
We took it's homeland without asking, or caring.

Here's a picture of the rain forest.
We are losing way more dollars there than in the "global economy."

(Global Economy - How can than mean only dollars?)

What about us???
Don't we need the oxygen the forest produces?
(Just one of the VITAL things we are "spending"
or throwing away just because we can. ) 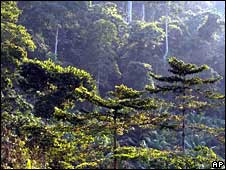 Plenty of us who have been here long enough to have silvery hair know
society has changed so much that manners are simply a thing of the past.
It's cute and archaic to look out for neighbors.
We have become separate, like a rip in the fabric of a favorite garment.
Even with all the dollars in the world, once something precious is wiped out it's gone
forever.

Perhaps, just perhaps, if we started to cherish what's been given to us -
we'd find ourselves wealthy beyond imagining.
Maybe then things would start to come around right.

This lady wishes she could take her guitar down off the wall and go back to work.
This lady believes the Heart of the World yearns to sing again.

Perhaps if we hum a tune, and tell beautiful holy stories,
the Heart of the World will feel a little better.

Perhaps we will learn to encourage one another,
carry a little extra hope around to share with others -
perhaps this is our opportunity to heal the world.

Hysteria is only possible with an audience.
-- Chuck Palahniuk, Invisible Monsters, 1999

If the people who make the decisions are the people who will also bear the consequences of those decisions, perhaps better decisions will result.
-- John Abrams, The Company We Keep: Reinventing Small Business for People, Community and Place
Posted by Maggid at 9:16 AM No comments: 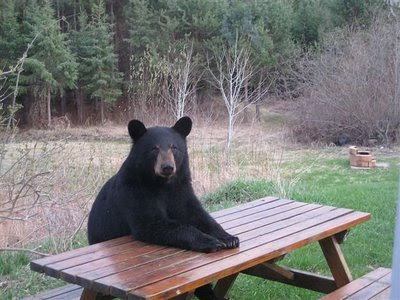 Posted by Maggid at 9:45 AM No comments: 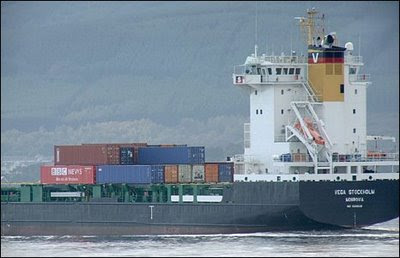 Here is a photo of the box on it's way from Great Britain towards China
(remember? It's carrying a load of whiskey.
I'm amazed how long it takes, aren't you?)

It's now in the "Gulf of Aden" -
(wonder how it got that name???
Curiously like a name we read in The Book, don't you think?)
Anyway, it's near Yemen - looks like the closest city is Al Mukalla.
I doubt the whiskey would be seen in a favorable light there . . .
but, what do I know.
Besides, it's headed onward.

That's what i know today.
(Mostly nothing, but it's fun to learn, hm?)
Posted by Maggid at 1:13 PM No comments:

Let me advise thee not to talk of thyself as being old. There is something in Mind Cure, after all, and if thee continually talks of thyself as being old, thee may perhaps bring on some of the infirmities of age. At least I would not risk it if I were thee.
-- Hannah Whitall Smith, 1907
Posted by Maggid at 8:49 AM No comments:

Life is like getting dropped off in the middle of the woods, and then year by year, gradually walking home.
-- April Foiles

To the soul, there is hardly anything more healing than friendship.
-- Thomas Moore
Posted by Maggid at 1:25 PM No comments: