I dwell in possibility...
-- Emily Dickinson

At midnight the would be ascetic announced,
"This is the time to give up my home and seek for God.
Ah! Who has held me so long in delusion here?"

But the ears of the man were stopped.

With a baby asleep at her breast lay his wife, peacefully sleeping on one side of the bed.

The man said, "Who are ye that have fooled me so long?"

The Voice said again, "They are God."

But he heard it not.

The baby cried out in its dream
nestling close to its mother.

But still he heard not.

God sighed and complained,
"Why does my servant wander to seek me,
forsaking me?"


Forgive the way I've typed this, I loved it and wanted to share.
It's Tagore's own English translation of his own work
read out loud by Prof. Grant L. Voth.
I grabbed it up as fast as I could to keep - and to share.
g

Posted by Maggid at 8:15 PM No comments:

I heard this from my friend & study partner, Jim Brule.
If you get a chance to take a class or hear stories from him . . . . do yourself the favor.
You'll be glad.

The quote is from William Gibson:

"The future is already here, it's just not evenly distributed."

The longest journey is the journey inward.
-- Dag Hammarskjold

The only people who can change the world are people who want to. And not everybody does.
-- Hugh Macleod
Posted by Maggid at 12:13 PM 1 comment:

If my hands are fully occupied in holding on to something, I can neither give nor receive.
-- Dorothee Solle

Posted by Maggid at 8:16 AM No comments:

Okay, a lot of the world went home.
But, Now is time for the bravest of the brave.

The Paralympics begin September 6th.
It may not get the same kind of media coverage.
That can't keep us from cheering.

WE can take a little break
and return to Beijing.
The theme song now is:
"Everyone Is Number One"

Beat the Drums! The bravest of the brave are about to take their places.
Posted by Maggid at 4:20 PM No comments:

If I were not a physicist, I would probably be a musician. I often think in music. I live my daydreams in music. I see my life in terms of music.

Posted by Maggid at 3:12 PM No comments: 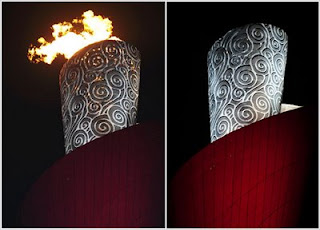 I will cherish your gift 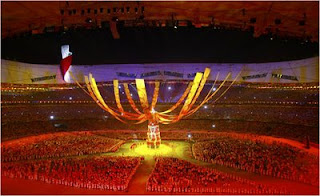 and wish the best for you 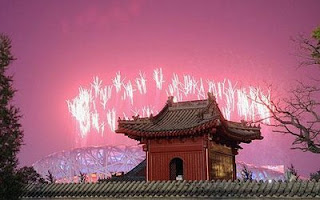 Love,
georgy
Posted by Maggid at 10:00 PM No comments:

Posted by Maggid at 5:54 PM No comments:

Ah!!!! What a wonderful day.
First thing in the morning we learned about King David. When he used to feel sad, he would go outside and look around the City of Peace. He wrote a song that said, "I lift my eyes to the hills."
We learned how to sing it, using our hands to help tell the story. So, our hands climbed the sky around us, so we could look towards the top of the hills.

Later we learned it's doubly important to listen for G-d's voice.
I remembered the stories from the terrible day in September, when the buildings collapsed and darkness spread around The City. There were so many people who later told the tale of small inconvenience that caused them to turn around, or be late, so they weren't in the buildings.

I think of Yogananda singing "Listen, listen, listen to my hearts song . . . "
Do you think G-d is singing gentle songs to us, calling us closer?


This is really cute - tell it to sneeze & see what it does.
Type a command and see what it does -
sit, roll over, down, stand.
sing, dance, shake,
fetch, play dead, etc.
It's also cute if you type in a command it doesn't know.
Make sure to type "kiss."

Spectator services -- the smile by your side 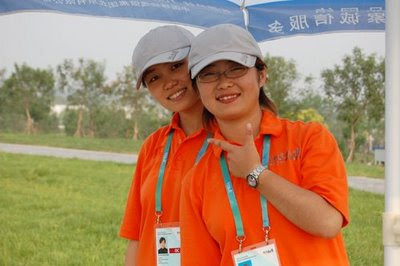 Posted by Maggid at 4:38 PM No comments:

I want to sing like the birds sing,
not worrying about who hears or what they think. 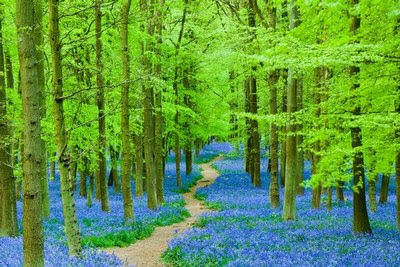 An Hour of Stories & Songs
Tonight at 7p.
You're Invited
Posted by Maggid at 1:00 PM No comments:

That's something worth imagining.
Here's what we did this morning:

Today at Story Time we took an imaginary trip to Beijing, China to compete in the "Tiny Tots Competition."
We decided, since it was a long distance, we would travel via imaginary space shuttle transport. We remembered to fasten our seat belts (see? I AM a good story lady.) WE took off and, after a short while landed in Beijing. There were beautiful, polite people to greet us.
After looking around for a short while we started the competition.
We sang "One, Two, Buckle My Shoe" to start the number counting at a most difficult level. We thought the extra points would do us some good. Besides, we still had our storytime cookies in our hands. For extra effect we discussed what exactly a "Big Fat Hen" is, and what they say. We all played the part of the Hen after "nine - ten." It was a moment of brilliance.
After our first round, we finished our cookies.
This is important because, when singing "One Little, Two Little"
all your fingers need to be showing for "proper form."
We sang with all our might.
First verse we sang, "One Little, Two Little" - using children with a giggle at the end. Second verse we counted pirates and third verse we added monkeys. We thought no other tiny tot team would be prepared to count monkeys.
We got extra credit, because we can also count backwards in the same song.
Our Tiny Tot Competition continued with the Alphabet Song,
Standing On One Foot,
Jumping,
Marching,
Twisting
AND
Twinkling.

Of course, We "Won The Gold."
There was an awards ceremony
Everyone (contestants, guardians, bystanders) got a Gold Medal on a ribbon.
We sang "We are the Champions."
After a few pretend media opportunities
(it's not everyday your team wins the "Tiny Tot Competition" at the Olympics)
We boarded our imaginary space craft, buckled our seat belts and returned to regular storytime in time to sing some of our favorite songs
and have another cookie
before leaving for home.

All In All
It Was A Wonderful Day.


Love from the story lady

The way we see the problem is the problem.
-- Stephen Covey, The 7 Habits of Highly Effective People
Posted by Maggid at 7:34 AM No comments:

May your walls know joy; May every room hold laughter and every window open to great possibility.
-- Maryanne Radmacher-Hershey, 1995
Posted by Maggid at 7:31 AM No comments: 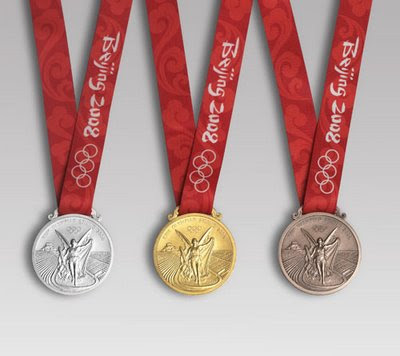 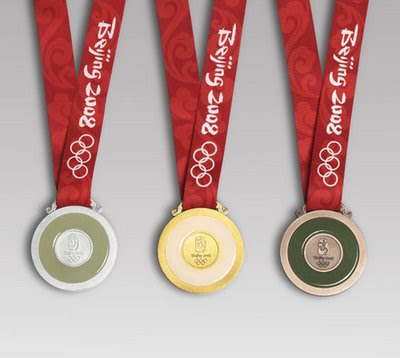 The medal for the Beijing 2008 Olympic Games is designed with inspiration coming from "bi", China's ancient jade piece inscribed with a dragon pattern. The medals, made of gold and jade, symbolize nobility and virtue and are the embodiment of traditional Chinese values of ethics and honor, sending forth strong Chinese flavor.

The medals are 70mm in diameter and 6mm in thickness. On the front side, the medal adopts standard design prescribed by the International Olympic Committee. While on the back, the medal is inlaid with jade with the Beijing Games emblem engraved in the metal centerpiece. The design inspiration of the medal hook derives from jade "huang", a ceremonial jade piece with decoration of double dragon pattern and "Pu", the reed mat pattern.

Noble and elegant, the Beijing Olympic Games medal is a blending of traditional Chinese culture and the Olympism. It gives the winners of the Games great honor and acclamation as recognition of their achievement.

Note: bi, a flat jade disc with a circular hole in the center

Traditional Dancing to Welcome Athletes.
A way for nations to share with one another while in the village. 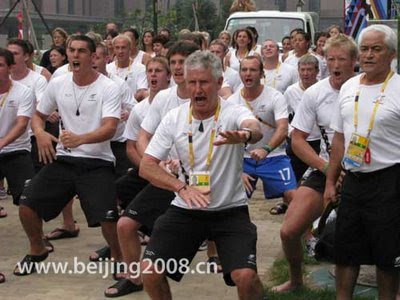 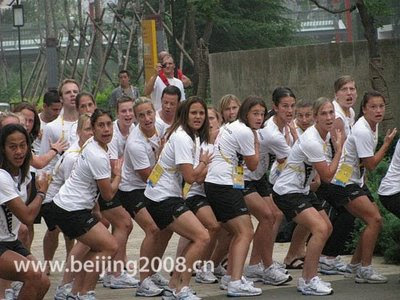 nifty
Posted by Maggid at 11:44 PM No comments: 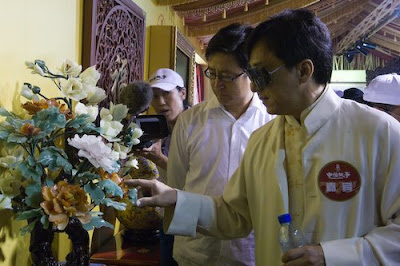 visiting the "Story Houses" - this is the Beijing Room.

Some call it the Cauldron 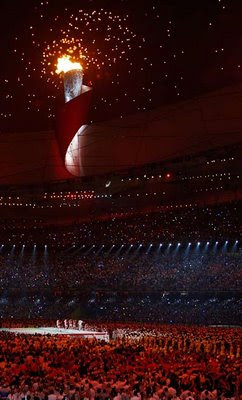 Whatever it's called - it's lit. We'll see it tonight.
The Olympic Torch
Let it remind us of the greater
Light 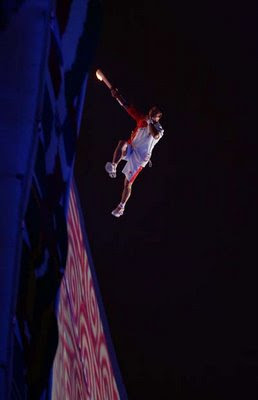 Li Ning
on the way to Light the Torch 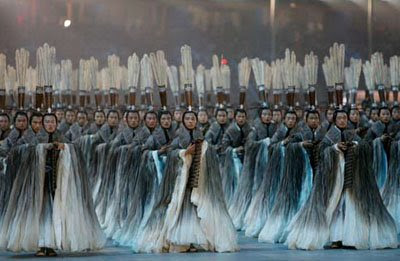 Posted by Maggid at 3:14 PM No comments:

I MUST stay out of the sun! (giggle)

If your head is wax, don't walk in the sun.
-- Benjamin Franklin


This made me laugh because sometimes I say: "My mind is like melted butter."
Or, "My mind is like lumpy oatmeal." So, I'm way past the wax stage - all the way into the strong command to refrain from walking in the sun.

Posted by Maggid at 8:51 AM No comments:

Age is opportunity no less
Than youth itself, though in another dress,
And as the evening twilight fades away
The sky is filled with stars, invisible by day.
-- Henry Wadsworth Longfellow
Posted by Maggid at 7:26 AM 1 comment:


"When real people fall down in life, they get right back up and keep on walking."
- - - Michael Patrick King
Posted by Maggid at 3:29 PM No comments:

"Have You, unknown to us, chosen an invisible Temple whose contours are gradually revealed more fully to the mind's eye through the words of Your Book, rather than a visible Temple made of stone and wood? And have we scribes taken the place of priests as the guardians of Your house?" 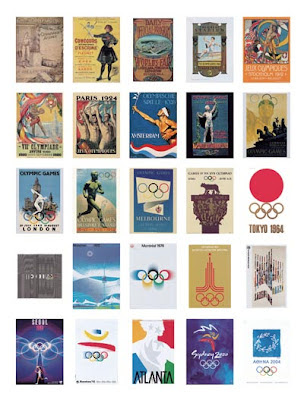 (BEIJING, August 3) -- A collection of official posters from past Olympic Games will go on sale August 5.
Posted by Maggid at 4:00 AM No comments:

Should is never the reason to connect to the Light.

Posted by Maggid at 8:13 AM No comments: