Seek the Company of Those Who Strenghten Your Faith

"I traveled throughout India trying to find someone who knew God.
Such souls are rare."
Paramahansa Yogananda


"I searched the world over and thought I found True Love . . . "
may have been meant as a joke song, but has a lot of Truth to it, don't you think?

Me, I still search for someone to talk with -
My class is the best gift
Finally! Godly Conversation.
Posted by Maggid at 12:59 PM No comments: 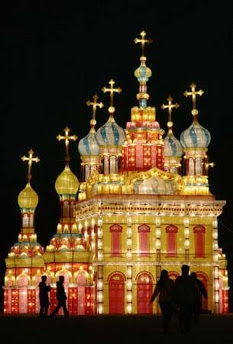 Posted by Maggid at 9:22 AM No comments:

"The price of greatness is responsibility."
--Sir Winston Churchill


This is a good one, don't you think?
The one I woke up with this morning is
wonderful, too
"For lack of vision, MY people perish"

Gotta get my future going.
'bye for now
Posted by Maggid at 8:10 AM No comments:

"If your ship doesn't come in, swim out to it."
--Jonathan Winters

Cute. Very cute.
I like the energy of this quote
I don't actually agree
I've learned lately
If it seems that I've lost something
Don't panic
Let go and look to the opportunity
Meant specifically to help me (us) meet my (our)
Potential - Purpose

In God
The Ship is Always In

because the church I was sent here to serve "blacklisted" me.
Isn't that bizarre?
Now, why I should have focused on that one incident, I don't know it's been odd like this from the start. about two weeks after I arrived to serve
(the larger story - I arrived here in 1982, because God asked me to serve),
About two weeks after I arrived I started offering music for our Tuesday Payer meeting.
Before service ladies were passing around greeting cards and discussing who was sick, who to send flowers to, who was in trouble - well, unfortunately for me, I was studying healing then - or, should I say God was teaching me about Healing - (something we could all stand to learn more about) - and, without considering - I spoke up with the suggestion that we go - right then - to look in the church records and find the person who has set the best example of health - and send all the cards and flowers to them - thanking them. The room got quiet, then an older lady said rather sternly, "Let's don't sing, let's pray." Later that day the minister called me to come take away my guitar, they did not need my services at that church. Within two weeks I was requested to do the "hospital calls" (and I often got into trouble because the sick were healed faster than social services planned.) Within two months I was asked to continue serving at that same church, and to head the adult bible study. It's been off & on all these years. So, being "blacklisted" should not have phased me at all - don't you think?

ANYWAY - today I read these words and, in the reminding, felt relieved:
Jesus never invited anyone to the temple to come and hear Him;
He was usually thrown out of the temple.
He touched people outside and in the market places.

Okay, I'm in good company.
Posted by Maggid at 9:09 AM No comments:

"To know oneself is to study oneself in action with another person."
--Bruce Lee


Oh how fun.
Until I saw this quote I'd forgotten about the painting I'd seen of Bruce Lee.
I especially liked the background with dragons
I could almost hear the cat-like noise he made
I have a cat now who enjoys puffing up and making those sounds when she feels especially wild.

Posted by Maggid at 8:06 AM No comments:

Spanish proverb I rather enjoy:

This makes me laugh.
It reminds me of a "great opportunity"
I was supposed to have ruined because I refused to sign a blank piece of paper.
I am just that kind of stubborn.
Can you just hear my laughter now?
The person who continued to insist, cajole, threaten and use the "threat"
"Everyone else did!"
Was very soon closing his business
people were losing their investments
Hm - what is it about not putting your name to unwanted situations???
of course, I STILL would refuse
(just didn't want any doubts about this stubborn streak of mine
AND
I strongly suggest you adopt a similar policy
Although, as the children say:
"I am not the boos of you."

Happiest of Days to You!
Posted by Maggid at 12:20 PM No comments: 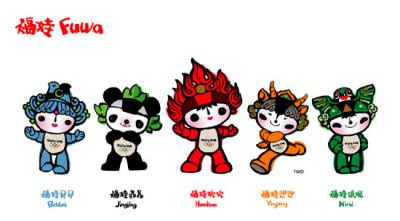 Posted by Maggid at 9:39 AM No comments:

Do you think this is true?

If God lived on earth, people would break his windows.
Jewish Proverb

Looking for something to jumpstart my icy brain, I found this great (and perfect for me) quote.
People around me often mistake me for something/someone grand, talented, holy and/or important. It is an amazement I feel like a kid, always looking for (listening to/for) my Abba.
Trusting HE has everything I'll ever need.

Today, I am shaggy.
My cutie-pie boss says I am "shaguliscious" which is cute - and true.
I had a long awaited appointment to put the luster back in to my hair cut.
Ice. Really, I'm not kidding. It rains ice here.
Then, locomotion of any sort in the great outdoors become precarious.
The nice thing is, I was able to reschedule for Sunday.
Although, my stylist will swoon when she sees how Looooong my lovely silver locks have grown.
Well, that's okay.
By Sunday evening - I'll be stylin' once again.
All this, thanks to Margie M.
Who heard me when i told everyone where my stylist is
and purchased a GIFT CERTIFICATE
(isn't that way too cool!)
Which includes the tip.
Class, that's Margie.

Ah, I am blessed with the most magnificent friends.
Although, I insist, they are sent from my Abba
In all ways, I am grateful.

Love to you all!
Posted by Maggid at 9:06 AM No comments:

Yeah - that - disappearing
and re-appearing moon.
Wasn't it beautiful?
I was in conversation while the light dwindled -
so did my words.
Actually, I wasn't willing to be re-written, re-imaged
And, wanting to build a relationship with someone new
I wasn't willing to say "Hands Off My Creativity.'
So, I clammed up as the moon went away.
Then, as the beautiful lady in the sky reappeared, so did I
Just not on the phone.
Then, guess what?
We got an enormous storm that allowed me to stay home
reading, studying, regaining my inner balance after a few stressy days.
Life is
Good and Very Good

Yes,
Good and very Good
Posted by Maggid at 3:02 PM No comments:

"Man's main task in life is to give birth to himself,
to become what he potentially is." --Erich Fromm
Posted by Maggid at 8:45 AM No comments:

At the end of the evening, I changed the diaper of my 7-month-old granddaughter, Emma Marie. I realized that was the first diaper I had changed by myself since my son was about 2 years old: nearly 24 years ago! Anyway, Emma was none too pleased about something and began crying loudly. She has her mom's loud voice, God love her! My efforts and my wife's efforts to calm her weren't working. We then clumsily teamed up to put on her coat. I felt like we were in a Three Stooges scene, but we got the coat on without damaging anyone or anything. That's not the miracle.

Georgy, who had met Emma early in the evening when Grandma Judy introduced her, and again when I carried her to the sanctuary after the concert, came downstairs and sang to our grandchild a made-up a song with Emma's name in it. Not only did Emma stop crying immediately, she looked right at Georgy and smiled her biggest smile of the night. Thereafter, Emma Marie was perfectly calm and attentive as I, Paw Paw, schlepped her to a car. That Georgy is some angel.

During the wonderful evening of storytelling and song, Emma and I stayed downstairs in Fellowship Hall. She played with my face while I identified to her the various parts she grabbed or touched. ("Emmuh, 'at's Baw-Baw's mowf.") Then, while Georgy was singing a peaceful song that was easy to learn and carried down the steps to Fellowship Hall, Georgy and I sang her to sleep.

Look for Georgy's calendar and go see her. You'll thank yourself, and her. 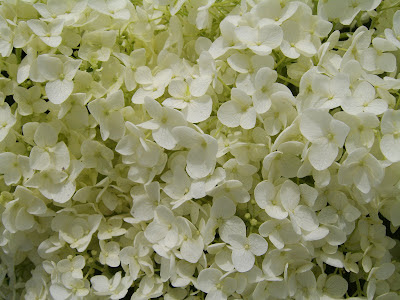 I've been reading - and thinking about Love.
Is it possible there is enough Love in our hearts to heal the world?
I realize I need to work on myself
but, do you remember in school, if you could finish your assignment
and if you did well enough
you were allowed to do something extra cool
Perhaps sing in the chorus or, if you were athletic, play sports
Or be in the school play
Perhaps, if i do my own work with all my heart
I'll be allowed to see something wonderful

Perhaps
What do you think?
Posted by Maggid at 1:39 PM No comments:

Posted by Maggid at 2:09 PM No comments:

"Keep away from people who try to
belittle your ambitions . . . the truly great people make
you feel that you too can be great."
Posted by Maggid at 2:41 PM No comments: