The difficult we do immediately.
The impossible takes a little longer.
Posted by Maggid at 4:02 PM No comments:

"I will turn their mourning into joy,
I will comfort them, and give
them gladness for sorrow."
--Jeremiah 31:13
The suggested thought this morning is "Comfort." I guess this is a good thought. I am not comfortable this morning. I am focused, though. I have stuff to do today and I'm looking forward to getting started. It's beautiful outside, and warm. It isn't warm enough for me to study on the porch, ye but hey! It's February. It's supposed to be winter still. We are having the bets winter ever - at least in my opinion. The last couple of years have been really nice here. When it's like this, I begin to like this place. (I suppose you've gathered after all this time, I'd like to re-locate - but, lately I've so enjoyed this place, perhaps my mind will change - - - PERHAPS - - - no promises.) Well, I'm off to work. Comfort (YEAH! Comfort & Joy!) to everyone.
Posted by Maggid at 9:47 AM No comments:

Wise Words from the Welsh Lady

"When the tide of life turns against you, and the current upsets your boat. Don't waste time on what might have been, just lie on your back and float."

"I am not discouraged, because every wrong attempt discarded is another step forward."

Thomas Alva Edison
Posted by Maggid at 4:31 PM No comments:

Then let us all do what is right,
strive with all our might toward the unattainable,
develop as full as we can the gifts God has given us
and never stop learning.
-Ludwig van Beethoven
Posted by Maggid at 9:30 AM No comments:

Nothing happens unless first a dream.
-Carl Sandburg
Posted by Maggid at 9:27 AM No comments:

"I love to re-write. First drafts are usually painful.
But a good re-write morning is bliss."
--Katherine Paterson
Posted by Maggid at 9:57 AM No comments:

Posted by Maggid at 9:05 AM No comments:

from the abundance of the heart a mouth speaks

Is it a surprise that some do not flourish under constant criticism?
Children know flowers wilt in the frosty chill of an artic blast.
That same flower will never bloom, it will die, if it is frozen.
Posted by Maggid at 1:07 PM No comments:

"Father, I ask You to bless all children, friends,
relatives and email buddies reading this right now. Show us all a new
revelation of your love and power. I ask You to minister to our
spirit at this very moment. Where there is pain, give us Your peace
and mercy. Where there is self doubt, release a renewed confidence.
Amen."

Welsh Ginger Asthmatic and a Lady: Church
This is too brilliant. Please visit this blog.
Her quote is"
"Going to church doesn't make you a Christian any more than standing in a garage makes you a car." - Anon

Oh happy day.
Posted by Maggid at 6:13 PM No comments:

http://www-users.york.ac.uk/~fj102/photo/beautiful%20china.htm
Do yourself a favor and visit these breathtaking photos.
Hi-De-Ho!
Posted by Maggid at 3:25 PM No comments:

I have my mind on the "Exodus" story. I have been wondering how Moses convinced all those frightened and grumbling folk to go off with him in the first place. i wonder if there is a tradition that talks about that issue? Then, I'm beginning to think about myself. See, these people didn't have to go to the shoe store or the mall. The clothes "grew" on their backs - I always hoped that meant they were refreshed and not that some fungus came through lack of hygiene . . . (well, one does think of these things.) They were all healthy, they had cloud cover to protect them by day and a flame to guide and guard them at night. they didn't seem to "get it," did they? They continued to complain - in fact, they continued to complain to Moses, instead of talking directly to God - which seems to be what HE (God) was asking . . . . things didn't end up as well as one could hope for those folk.

Okay, here I am - thinking God is Always God - I'm provided for - I don't need for a single thing. I suspect He (God) hopes I will come directly to Him and not look to anyone or anything else for my answers. I've got starts and a moon and a sun and clouds. I don't see a pillar of flame at the front door - but then, the sun is up - God is the same, yesterday, today forever . . . is there hope that i could be more original - and not grumble about circumstances, but ask & receive?

"Thus says the Lord,
who gives the sun for light by day
and the fixed order of the moon and the stars
for light by night,
who stirs up the sea so that its waves roar--
the Lord of hosts is his name."
--Jeremiah 31:35
Posted by Maggid at 10:46 AM No comments: 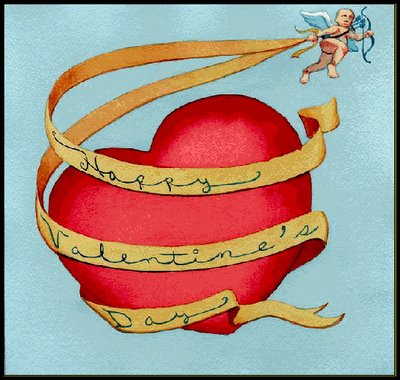 Posted by Maggid at 9:37 AM No comments: 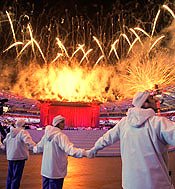 "Make a joyful noise to the Lord, all the earth.
Worship the Lord with gladness;
come into his presence with singing."
--Psalm 100:1-2
Posted by Maggid at 10:45 AM No comments:

"Again, truly I tell you,
if two of you agree on earth about anything you ask,
it will be done for you by my Father in heaven."
--Matthew 18:19
I live in a Spiritual Universe
whose sole government
is one of
Harmony.
The use of right ideas
is the enforcement
of its Laws.
Posted by Maggid at 2:26 PM No comments: 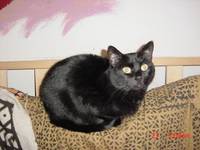 I certainly don't always feel "together" either, I just keep going, keep showing up, and continue to remind myself that I am choosing this, and I could choose something else at any point.
Our choices are not a sentence, but an alive thing...
Keep making choices that feel alive, juicy, and your heart's desire. Keep making choices that honor your values. They don't have to look any particular way.
Posted by Maggid at 10:41 AM No comments:

Guidance
Divine love guides me in all my decisions. I am wise and confident.
Dear God, Your spirit of love within my soul is my best resource for spiritual understanding and guidance. In this moment of prayer and meditation, I invite You to guide me in all matters.
As I gently breathe in, I grow more attuned to Your guiding spirit. As I exhale, I release any preconceived notions of what should be or anxiety about what could be. Calm and confident, I am receptive to Your guidance.
Thank You, God, for guiding me through life thus far and for guiding me in days to come. Thank You for Your spirit of love that guides my loved ones, that inspires the leaders of the world, and that invites humanity to greater levels of understanding and harmony.
"Teach me to do your will,
for you are my God.
Let your good spirit lead me
on a level path."
--Psalm 143:10
Posted by Maggid at 8:34 AM No comments: 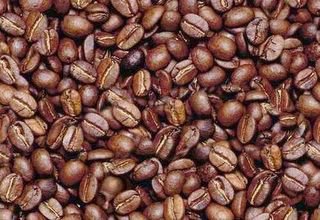 Oh, I love this lady, as if I knew her in person. Of course, that can't be. She moved along before I arrived here. Still, her words, the thoughts she shares and her life story inspire me. I've been reading lately her reminders to look to Spirit. The more we focus on God's Nature and away from what "seems to be" - We are able to master our situation and - oh golly, doesn't this sound like Jesus . . . heal the sick - then, I'm thinking, if we are about healing the sick - doesn't it follow we would raise the dead? I know, I know lots of you would think I'd fallen off the "deep end." (Deep end of what, I wonder.) But, with all our "new thought" understanding and talk - how about some real "miracle" action. If it's so that Love, Peace, Abundant Life is Supremely Natural - let's have a go at it - don't you think it would be splendid to experience "Heaven on Earth?" Isn't that the point? Since we've been told heaven is here (heaven is at hand . . "They Kingdom Come" - "on earth as it is . . .") Well, okay - I'd like to hear from you - and as for me - I'm still reaching for the possible - MZ E managed - if she can - we can - if we can - I can -

Thanks to Linda Bargmann, "Heavenward" is being celebrated.
It seems like a total miracle and I am grateful.
As in super grateful.
Here's the link: http://www.healingmusic365.com

' "Thy Kingdom Come;"
let the reign of divine Truth, Life, and Love
be established in me, and rule out of me all sin;
and may Thy Word enrich the affections of all mankind,
and govern them!'
Mz E
Posted by Maggid at 1:15 PM No comments: